H.S. Walker's Strand Amusement Company opened the Strand Theater opened on June 12, 1915 to a crowd of patrons at 701 West Ashley Street. Opening night entertainment was provided by the Russell-Owens Stock Company. In addition, the night featured an orchestra lead under the direction of former A. G. Allen Minstrel Company bandleader King Philips.

The Strand was known as one of the earliest examples of a theatre utilizing multimedia integration.  However, by 1916, the Pennsylvania and the New York Central Railroads were already successfully drawing LaVilla residents and black workers away from Jacksonville due to the negative social effects of "Jim Crow" laws.

Despite the area's changing economic demographics, the Strand became one of the original theaters on the Theatrical Owners Booking Agency (T.O.B.A.) circuit. After the opening of the Ritz Theatre in 1929, the Strand's era as LaVilla's main vaudeville theatre came to an end. 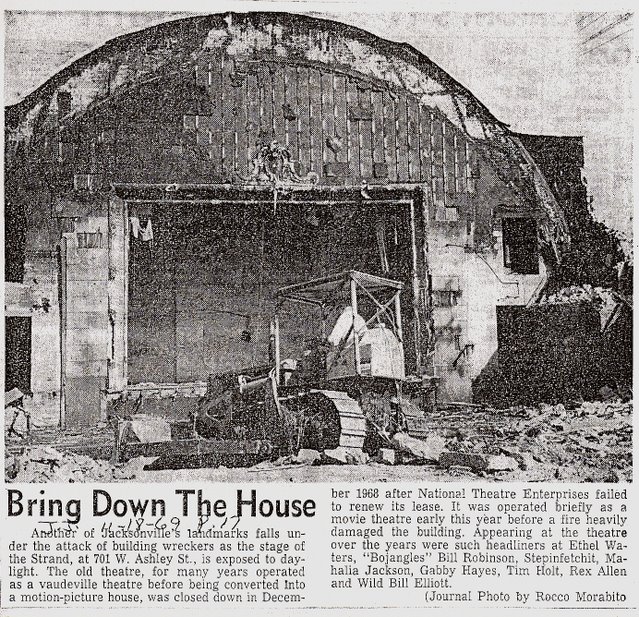