A History of the Florida Yacht Club

Destroyed in the Great Fire of 1901, the Florida Yacht Club has an interesting history. Today the club thrives on the banks of the St. John's River, nestled in quiet Ortega. Driving down the green laden stretch of Highway 17 that carves a path through Ortega, it is easy to miss Yacht Club Road, an unsuspecting street marking the location of Florida’s oldest Yacht club, and one of the oldest in the country. 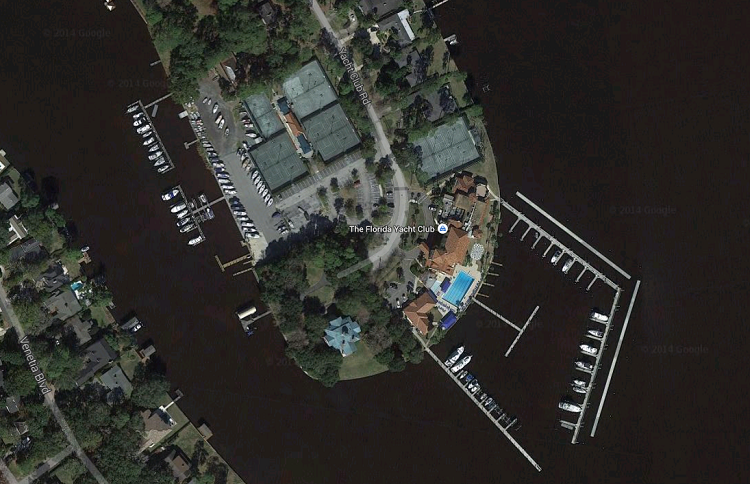 But are yacht clubs just for the affluent members of society, and do you need to own a yacht to be in one?

Not necessarily. Every club has its own requirements and ideas of what constitutes a yacht club. Many clubs keep their membership fees confidential, some costing thousands in initiation fees and annual fees. Others are simple sailing clubs charging nominal fees that don’t enter the triple digits.

Some yacht clubs stretch their meaning to include owners of other types of boats, while some yacht clubs don’t have anything to do with yachts at all, using the name in a tongue-in-cheek fashion. The Gowanus Yacht Club, for example, is a beer garden located in Brooklyn, N.Y. Some clubs are commercially run, and some, like the New York Yacht Club, are invitation-only.

Yacht clubs have been around since the 18th century. The Royal Cork Yacht Club was founded in 1720 in Ireland and is commonly regarded as the world’s first one. Our own yacht club has been around for quite some time as well, so let’s take a look at its history.

Established in 1876 by William B. Astor, the Florida Yacht Club– known as the FYC –had an auspicious start. The Astor family was a group of businessmen, real estate tycoons, and socialites known as the “landlords of New York.” William B. Astor, fond of Jacksonville, started the yacht club-- even though he was the only one in Jacksonville that actually owned a yacht. If his last name sounds familiar, it’s because Astor purchased 80,000 acres in what is now Lake County, FL, and the eponymous town is still there today.

Going in with a few other investors, Astor established the yacht club on Market Street, charging a lifetime membership fee of $35. Today, that would be the equivalent of about $754. Aside from starting the FYC and the town of Astor, he was also responsible for the development of several buildings in Jacksonville. 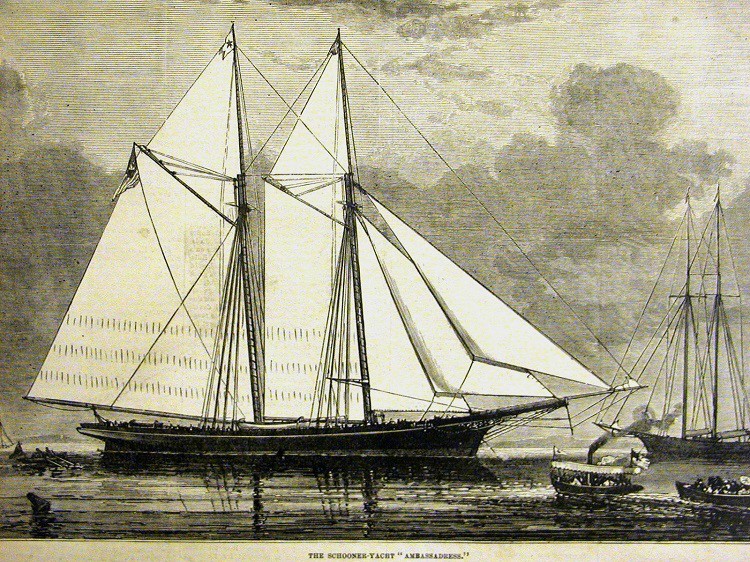 A drawing of Astor’s yacht, the Ambassadress, in a magazine published in 1877.

Although the FYC thrived in its original location, Astor didn't live to see the destruction brought by the Great Fire of 1901, and the yacht club burned down during the catastrophe.

Aftermath of the Great Fire of 1901. Image courtesy of the Florida State Archives.

In the wake of the fire, the club temporarily moved to the 500 block of Riverside Avenue. By 1907, the club moved again to what would be a semi-permanent location on Willow Branch Creek. The club continued to grow, and in 1928 the club moved to its current location in Ortega, citing the need for expansion.

The Ortega River is also home to the Huckins Yacht Corporation, a boat manufacturer that was commissioned
during World War II to build 18 PT boats. Over the years, the Huckins Yacht Corporation has built 457 yachts. In 1946, they moved to their current location right around the corner from the FYC. One of their yacht models is aptly named “The Ortega.” Frank Huckins aboard the Fairform Flyer in 1928. Huckins is on the right with a pipe in his mouth. Image courtesy of Florida State Archives.

Since the opening of the Ortega location in 1928, the FYC has continued to grow along with other yacht clubs in Florida. In 1961, the Florida Council of Yacht Clubs was formed in order to encourage the corporation of various Florida yacht clubs so that they may promote legislation beneficial to the yachting community. The FYC joined in 1984. Today, the yacht club hosts a variety of events. Members can partake in cook-outs, fishing, or take a dip in the pool on hot summer days. Although there are plenty of side activities to be had, the FYC still hosts plenty of aquatic events, as the FYC is the sailing capital of Northeast Florida. Members can go sailing, scuba diving, kayaking, or enroll their kids in a youth sailing program. Membership is not required to book private spaces.

Although the club is invitation only, manager John McCranie describes the club as easy-going. As of 2009, the club boasted more than 1,100 members, most living within a few miles of the clubhouse.